MRI Side Effects from Gadolinium Based Contrast Agents

Who Can File a Gadolinium Lawsuit?

If you or a loved suffered from MRI contrast side effects or gadolinium deposition disease, you qualify for free no-obligation MRI lawsuit case review. We do not charge attorney fees unless you receive compensation and you are under no obligation after your initial consultation.

This website is provided for informational purposes only. We are now longer accepting cases for this claim.

Gadolinium, a heavy metal used in contrast dyes to enhance viewing of internal organs during MRI, has been found to cause serious and chronic side effects. Long known to be toxic to humans, gadolinium was approved for MRI contrast agents because manufacturers assured the FDA the metal would be excreted from the body by persons with normal renal function. Research and adverse event reports now show that even with normal kidney function, some patients retain deposits of gadolinium in their brains, organs, or other bodily tissues, resulting in gadolinium deposition disease. This page contains an overview of MRI contrast side effects from gadolinium.

Gadolinium (Gd) is a nonradioactive, paramagnetic element in the lanthanide series. A heavy metal, gadolinium is the active element in contrast agents, which are medical products used to enhance magnetic resonance imaging (MRI). Because gadolinium is known to be toxic to humans, the metal is bonded to another substance known as a chelate, which is intended to decrease the likelihood that gadolinium will interact with bodily tissues and aid the body in releasing this harmful substance after the MRI is complete.

Gadolinium-based contrast agents (GBCAs) enhance a radiologist's ability to see organs and blood vessels in the body and detect abnormalities such as a tumor. GBCAs have been in use since 1988. The American Society of Neuro Radiology and the American College of Radiology estimate that more than 30 million patients get MRIs each year; the number of people potentially affected by MRI contrast agent side effects is significant.

Symptoms of contrast agent issues, which can appear within hours of exposure to the substance, include bone pain, burning pain of the skin and subcutaneous tissue and â€œbrain fogâ€ or cognitive decline. Kidney damage has also been associated with contrast agent side effects. Late stage or extreme gadolinium contrast side effects include a thickening and discoloration of the skin and fibrosis of muscle, fascia, lungs and heart known as nephrogenic system fibrosis (NSF). NSF was previously thought to only affect persons exposed to gadolinium with a previous history of kidney damage. NSF cases have been reported in connection to the top five FDA approved agents: MagneVist, MultiHance, Omniscan, OptiMARK, and ProHance. More research is underway to understand how often NSF results from MRI contrast dye exposure.

Multiple FDA contrast agent warnings have been issued in recent years in response to new studies and consumer pressure. In July of 2015, the federal agency announced its intent to investigate MRI contrast side effects. Then in May of 2017, a second FDA MRI contrast agent warning was issued, stating evidence of gadolinium retention had been confirmed yet no adverse effects or negative consequences of the heavy metal staying in the body had been determined. Most recently, just after Chuck Norris' wife filed her contrast agent side effects lawsuit, the third FDA MRI contrast warning was issued, identifying linear GBCAs as the most dangerous for gadolinium retention. Popular products such as Omniscan, OptiMARK, and Magnevist are all linear contrast agents.

Our attorneys specialize in holding large corporations accountable when they've placed profits ahead of safety. Through settlements and winning verdicts, our attorneys have obtained millions for our clients. Let us help you today.

Filing a lawsuit will allow you to hold the pharmaceutical company accountable for damage it has caused you or a loved one, while also providing real compensation for your medical expenses, suffering and loss. Contact us today for a free consultation.

Onder Law Has Been Covered By: 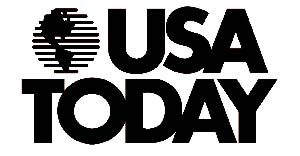 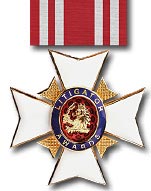